Getting a book published traditionally was once painstaking and to some degree still is. Traditional publishing houses today have extended their reach to a diversely vast community, inclusive of writers from cultural backgrounds that were once hidden, or victim of the pages attributed to the traditional author book, telling their stories as if their cultural existence is part of the characterization building for a best-selling novel.  Still the extension is limited, if the writer makes a career out of traditional publishing, the writer’s voice essentially evokes the words of the publisher, rather than embracing the natural creative process of the writers inner voice.Authors have been known to spend a tantamount of time weighing up the pros and cons of traditional publishing vs self-publishing; often the dilemma spent deliberating over this very aspect has contributed to many new writer’s aspirations becoming instant fodder, or essentially killed-off by the ‘pen’ prior to those stories ever seeing the light of day.  The writing industry has changed significantly over the years and continues to be an ever-evolving industry, especially since the emergence of online publishing; which has afforded new and established authors to break-free from the shackles which no longer bind them to the restrictions of being wholly reliant upon the considerations of traditional publishers.

So what are the pros and cons between traditional publishing and self-publishing? Put simply, traditional publishing has experienced less reformation within its stimulus, with the exception of being more accessible which may be attributed to consistently having to sustain a presence competing against self-publishing methods.  The fees charged by many publishing houses continues to soar and the limitations on how successful the book becomes is left solely to the publisher, with little input required from its creators in terms of branding or direction.  Since its introduction online publishing has quickly emerged to formidable heights, in addition to its popularity combined with a constant stream of new writers emerging on to the literary scene; all eager to fulfil any past aspirations of becoming authors, now have the opportunity to do so and the process of fulfilling this ability, takes no more than twenty-four to seventy-two hours to accomplish from the initial manuscript submission.

Self-publishing is pretty much responsiblefor transforming the lives of many individuals, considered ‘avid readers’

With that being said, a whopping $267.9 M was paid out to authors through the KDP Select Global Fund in 2018 and Amazon paid $299.4 M to authors during 2019. The Kindle Unlimited KENP rate for March 2020 was $0.0046, up from $0.0045 in February and $0.0044 in January, whilst the KDP Select fund for March 2020 saw a monthly increase of 6.6% to $29 million from $27.2 million in February 2020, during the COVID-19 pandemic.  Irrespective of what publishing route you choose to explore, it is impossible to deny the increasing monthly pay-outs self-publishing have offered year upon year to potential authors, since its inception and has proven to be an invaluable resource in creating published authors.Beauty & the Beast Publishing is a Black independent publishing company based both in the U.K and U.S. Founders S. Lewis-Campbell and A.M Foster strongly feel their company has a social responsibility to publish writers from socially disadvantaged backgrounds providing them with a voice and opportunity as social beings.  It is expected to motivate aspiring author’s creativity through independent works, using their writings as a general formula to demonstrate various aspects within society.  Together, it is our moral duty to equate social equality. 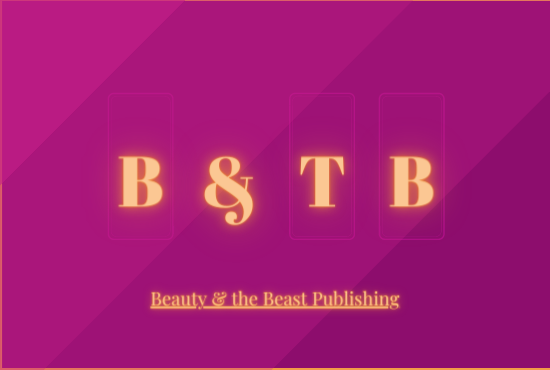