WHO JUDGES THE JUDGES?

If we were to compare Judges to animals it would be safe to say by nature judges are invariables to justice.  This is because as Baron de Montesquieu describes, as an unwillingness to conform to their own human error which not only makes judgement not applicable to judges, but institutes a league of free agents to lord over individuals, forming opinions on how to interpret human nature as if they do not share the same essence.  Montesquieu also argues that the executive, legislative, and judicial functions of government (tripartite system) should be apportioned to different agencies, so that any attempts by one branch of government to infringe on political liberty might be restrained by potential obstruction of other branches.

During the judicial process there are bound to be periods when miscarriages of justice arise, these inconsistencies are rarely ever rectified at this level or are presented within the public domain, owing to a lack of knowledge and financial resources usually for the defendant, and the media are only usually interested in highlighting issues in favour of their own politicised agenda.  This in turn, can result in the devastating effects and breakdown of the families concerned and overall is responsible for the repercussions placed on local deprived communities, especially within the Black community, when all too often we have witnessed stiffer sentences for Black males, as opposed to the same level of crime committed in White communities where the sentences received are more favourable in comparison.

Many of the failures can be apportioned to the current judicial process and how it is managed, whereby there is a substantial lack of full circumstantial evidence presented at court.  This is due to several factors, including an increase of criminal activity in poorer communities, in addition to time constraints and a significant lack of resources in place to manage the influx.  However, what is evident is a lack of due process whereby vital evidence concerning the circumstances leading up to the crimes committed, are often not presented to counsel during the judicial process.  Vital factors, concerning background, community, social status and welfare are essential prior to judge and jury passing verdict. It is expected of those who are awarded the powers of determining an individual’s right to freedom or prison should be held accountable to make informed decisions during sentencing, based on all the facts of the case, including any full disclosure which is usually the primary cause of criminal activity, and therefore these findings should be considered a mandatory requirement, based on the significance of evidence presented in court in order to determine the outcome of a case.

More recently, the public have been kept more updated concerning the judicial complaints system, owing to new General Data Protection Regulation (GDPR) compliance measures introduced in 2016 which set out seven key principals; its primary focus being lawfulness, fairness and transparency.  However, with the introduction of COVID-19 we have seen the Government repeatedly misappropriate the judicial process, in order to bring about new strategic powers; some of the measures were literally passed overnight and introduced in unprecedented timing to govern the pandemic.  With that being said, it appears the government and the judges themselves appear to have adopted one rule for them and another for us, whereby they have systematically abused and flouted the law, in a way that can only be deduced as an abuse of power and considered ‘above the law.’

Due to the increase in misappropriations within the judicial system the Lord Chancellor and the Lord Chief Justice in 2009 agreed to name judges who were disciplined for misconduct, including a summary of the offence(s) caused and sanction(s) awarded.  This change has resulted in two senior judges specialising in criminal law to withdraw their services and another senior judge resigned after being found in contempt of serious misconduct.

Changes to the current judicial system are evidently long overdue, but do they extend enough?  Not presently, the present U.K. Government have demonstrated the ability to overrule the judicial system when current laws in place do not serve their purpose, and agencies such as the Judicial Conduct Investigation Office (JICO) need to be proactive and less reactive in ensuring GDPR measures are enforced at all levels, particularly concerning the overall management of the current judicial system in providing full transparency, including a veracious and consistently fair process. 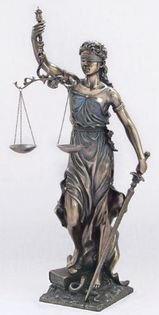