Eurovision: From tragic to dismal

Following the dismal performance of the U.K.’s Eurovision entry which scored a measly unprecedented total of just ‘Nil’ points, with Italy taking home the win for the second time.  We explore the possibility of the U.K. nonparticipating in future Eurovision competitions based on the abysmal results it received.  What is it about the U.K.’s entry where the home support is unwavering, but doesn’t translate in to one single vote? Has the U.K. come to the end of its demise? Is it possible the votes were none existent, owing to the way the pandemic has been mishandled, if the extent of the mutterings being circulated are to be believed. 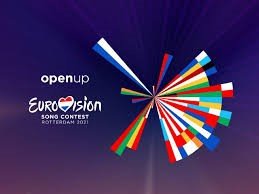 In all fairness the song was quite a pleasant and respectable one, owing to previous U.K. entrant selections.  Although, the performance left a lot to be desired and was reminiscent of ‘a talentless Uncle,’ who appeared to be running out of gusto fast as the song progressed, combined with the usual pitching problems.  James could have done with more coaching sessions dedicated to breathing exercises as he seemed winded for much of his set, almost to the point that he appeared eager for his performance to be over with towards the end, as can be assumed for most of the audience who had eagerly tuned in.  Previous entrants have as much reason to be embarrassed, if you consider Scooch “Flying the Flag” (2007), (the group that wore those dodgy blue flight attendant uniforms), and also came nowhere in the competition finishing in twenty-second place out of twenty-four, but at least they managed to gain a humble nineteen points to add to their credit. 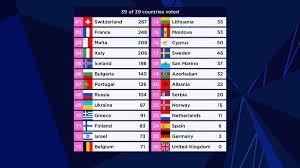 At times the entries have been so below par, its history of winning the competition five times is becoming a faded memory, owing to the numerous losses in between.  The fact the U.K. is automatically selected every year, since its participation is even more surprising.  The Covid outbreak saw the competition cancelled for the first time during 2020, should the same fate be applied to the U.K’s entry moving forward? Some state the UK has to stop playing it safe, and it’s difficult not to side with popular opinion.  Overall, the performance certainly lacked luster, and there was no pizzazz, like we’ve come to expect from other European entrants.  Surely the U.K. has more to offer than a revamped Dane Bower’s lookalike.  Owing to the recent poor performance it does present the U.K with one saving grace— it shouldn’t be too strenuous to improve upon a result of Zero for 2022.